We love little handy boards and made this one to be a super compact little breadboard-compatible ISP header.  With Power!  It keys into a breadboard's power rails, with a switch to either connect or disconnect power from the programmer to the breadboard, and an LED for indication (on = power, off = no power).  It then passes the 4 signal lines (RESET, SCK, MISO, MOSI) to the breadboard, covering the minimum 4 holes.  The ISP connector is situated over the power rails, between 2 power rail headers for extra stability.  The switch and LED hang off the side of your breadboard, so they're out of the way.  See, we thought of everything!

ISP stands for In-Circuit Serial Programmer and is a programming format used for AVR microprocessors, like the ATMEGA328P in the Arduino Uno.  With a programmer like the USBasp, you can directly program AVRs and burn bootloaders. 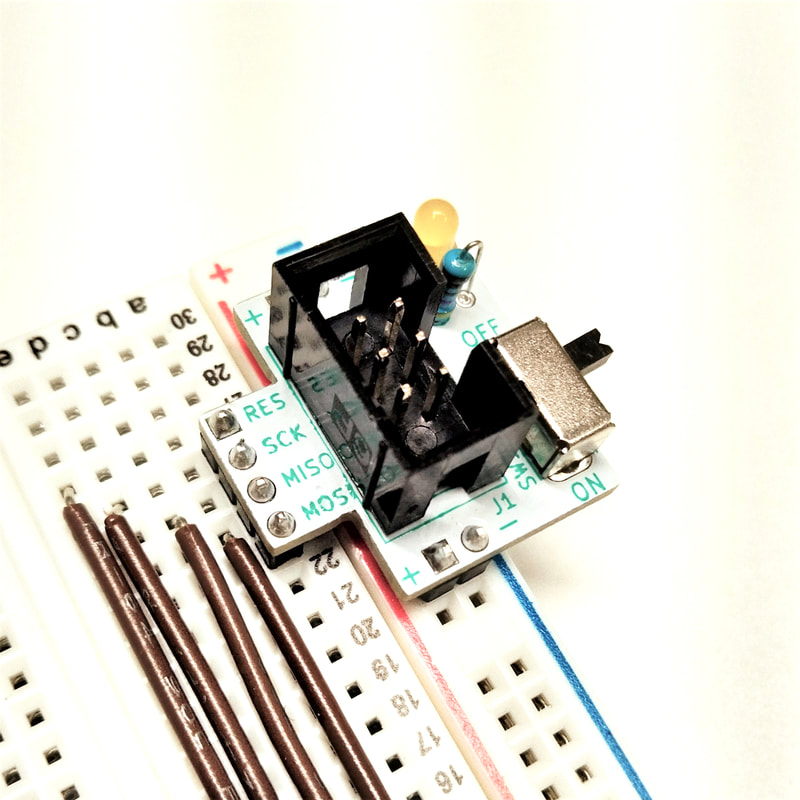 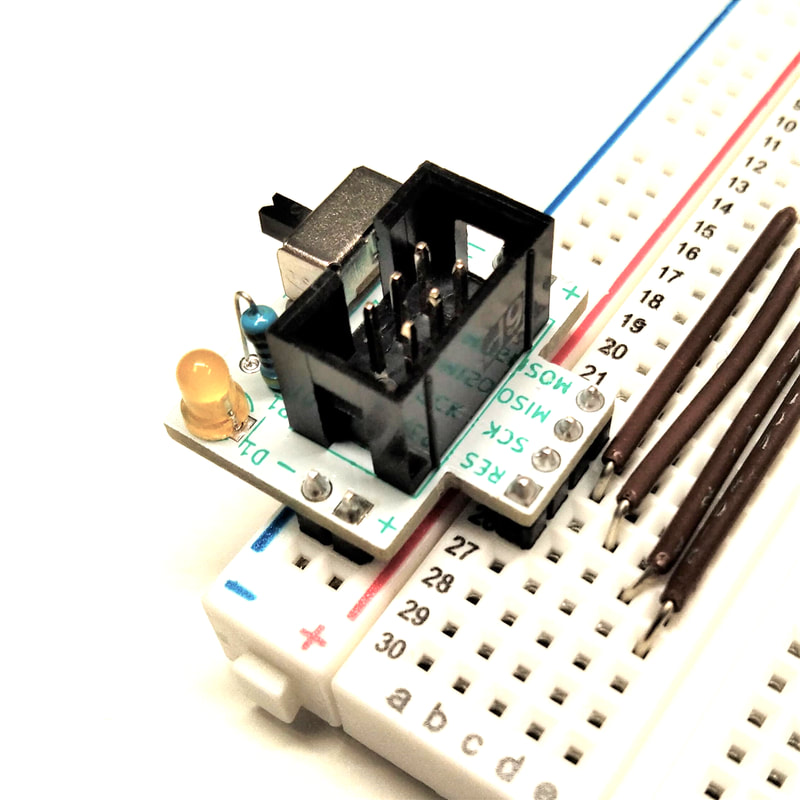 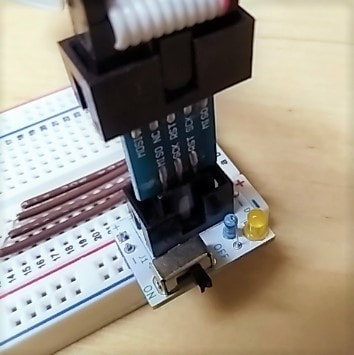 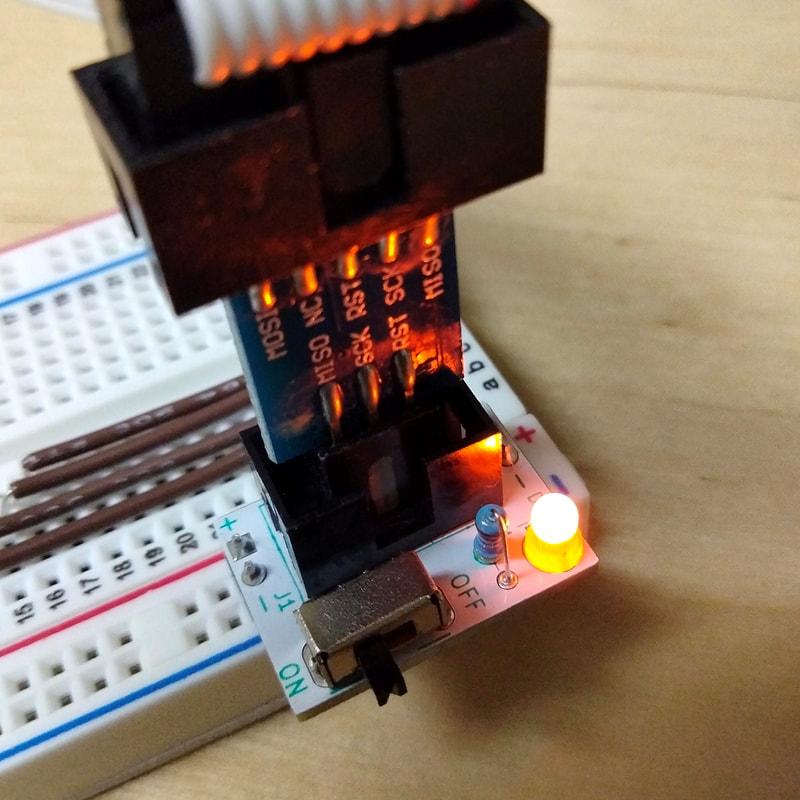 It's pretty easy to solder together and order of operations isn't hugely important.  We like soldering the switch first, then the LED and resistor, then the 6-pin ISP connector.  After that, you can use a breadboard as a jig by placing the remaining 4 headers that are on the bottom into the breadboard to hold them in place, drop the PCB over top of them, be sure the + and - on the breadboard matches the + and - on the PCB and then solder them in. 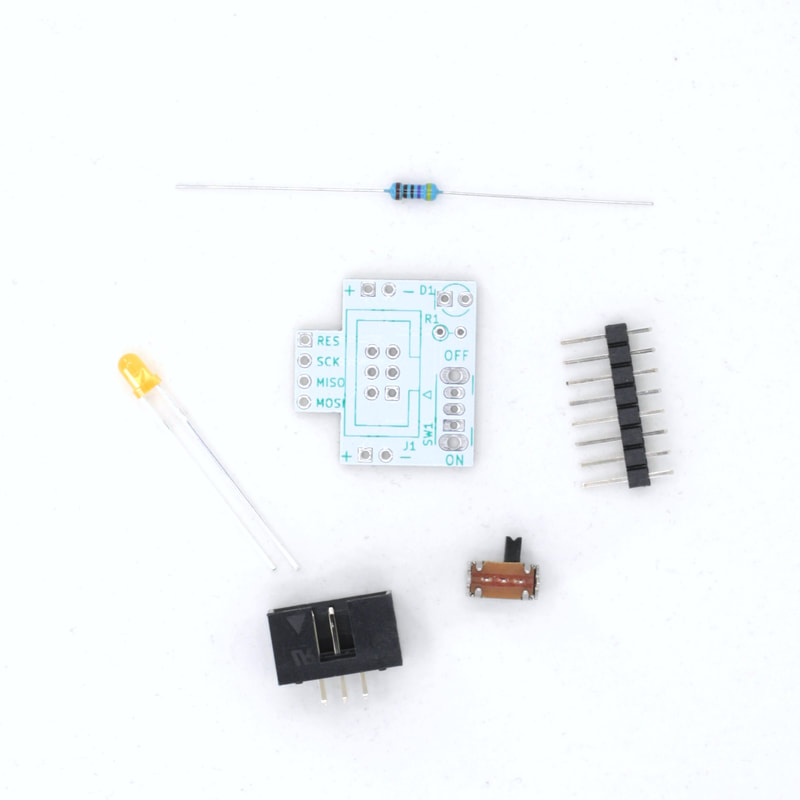 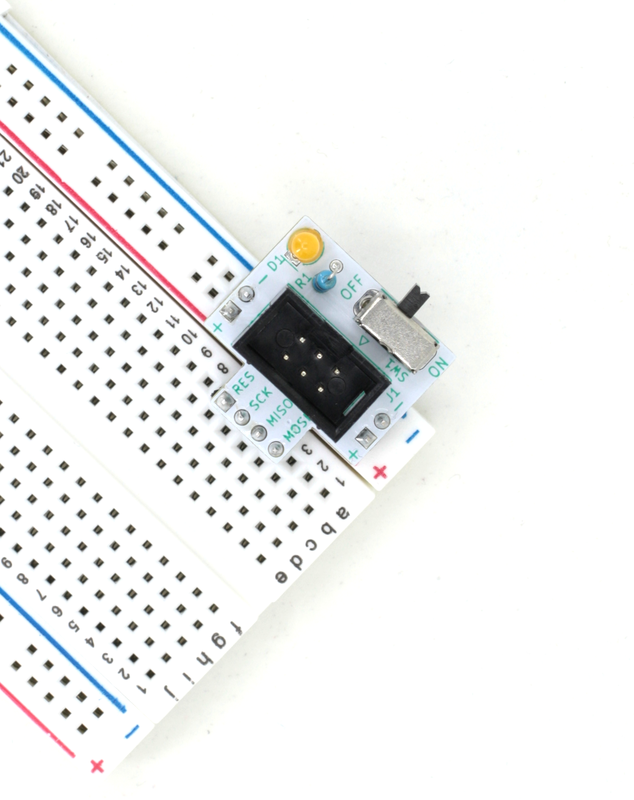 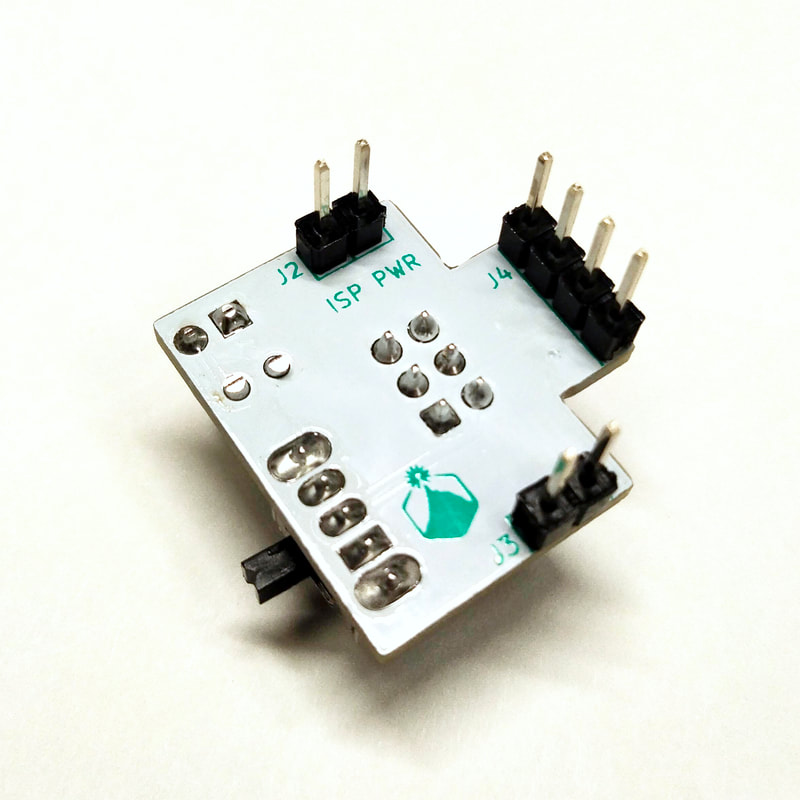 If you are using a 10-pin to 6-pin adapter the side that says MISO, SCK, RST should be facing toward the notch in the pin connector. We've marked ours below with a silver sharpie so we know that way always lines up with the notch. 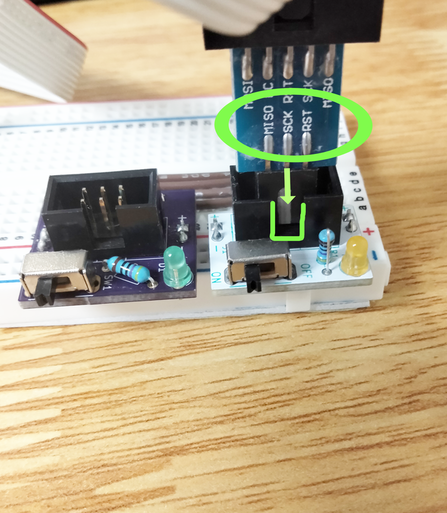